The store will not work correctly in the case when cookies are disabled.

We use cookies to make your experience better. To comply with the new e-Privacy directive, we need to ask for your consent to set the cookies. Learn more.

What are the Different Levels of Cut Resistant Gloves?

Categories were not found

What You Need to Know About Safety Harnesses Expiring

How Do Anti-Vibration Gloves Work?

How to Choose Heat-Resistant Gloves 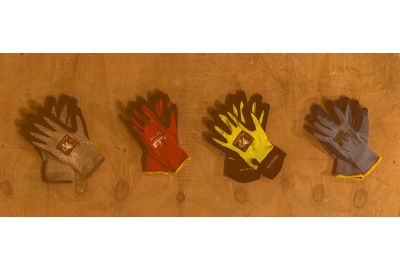 What are the Different Levels of Cut Resistant Gloves?

*Disclaimer*
The information contained on this page is for promotional and informational purposes only. All equipment should be used by trained professional tradesmen who have been trained how to use the equipment described on this page, and understand the risks of their work. PowerPak assumes no responsibility for errors or omissions in the use or misuse of any product purchased. In no event shall PowerPak be liable for any direct, special, indirect, consequential, or incidental damages or any damages whatsoever, whether in an action of contract, negligence or other torts, arising out of or in connection with the use of this information or the contents of this page. PowerPak reserves the right to make additions, deletions, or modifications to the contents on this page at any time without prior notice.


ANSI 105 and EN388 are the two standards for cut-resistant gloves. More so than most other PPE, cut-resistant technology is developing rapidly. These new developments allow cut-resistant fabrics to be stronger, more cost-effective, and easier to wear. Because these new fabrics are being developed so quickly, ANSI 105 and EN388 are challenged to specify ratings and future-proof testing.
Compared to other ANSI and EN standards, the 105 and the 388 have been significantly overhauled in the past six years and may require additional updates in the near future.
Read our complete guide on construction worker gloves.

As mentioned, we've got the American cut-resistant standard outlined in ANSI 105 (ANSI/ISEA 105) and the European standards outlined in EN388 (CE EN388).
Pre 2016, these two standards were wildly different. The lack of comparability was an issue because these aren't supposed to be competing or deliberately non-compatible systems. Picking a cut-resistant glove rated in one system often did not have a comparable glove in the other system. The testing methods were so different that any comparison would be apples to oranges. It was to everyone's advantage for these two standards to have a considerable amount of overlap. The key differences should primarily relate to regionally specific needs.
And that's what happened. In 2016, ANSI updated its rating system and test method. EN updated their test method to include the same testing machine that the new (2016) ANSI 105 requires. The level breakdown for these two standards has some differences, but overall are much easier to compare.

The TDM-100 is the machine used to conduct a cut resistance test. This machine was designed to measure the cut resistance of fabrics more accurately. The machine precisely slides a fresh rectangular blade across a fabric swatch lying on top of a conductive strip. The technician adds specific amounts of weight to the blade. The machine stops and collects the data when the weighted metal blade connects with the metal strip.
The technician runs this test five times at a set weight, then changes the load weight two more times, each tested five times. All of the data is collected, charted, and used to determine the cut resistance rating of the fabric.
ANSI splits up its rating into nine levels. A1 is the lowest level, and A9 is the highest. The maximum cut resistance measured in grams determines the cut level rating. So, A1 has a maximum cut resistance of 200 grams, and A9 is 6,000 grams.
Breakdown of all ratings – A1 to A9

The EN 388 standards are considerably more robust when comparing testing, although EN388 does not have as many cut rating levels. What separates ANSI 105 from EN388 is that ANSI 105 is strictly a cut-resistant rating standard. ANSI has other standards and ratings for additional glove features, but EN388 encompasses all glove-related standards such as abrasion, puncture resistance, tear resistance, impact protection, and two separate cut-resistant tests/ratings.
EN 388 still uses the older cut test method with a rotating blade as the initial test method. This method is called the coup test. This test counts the number of times a rotating cutter with 5 newtons of force can pass over a swatch of the cut-resistant fabric before breaking through and contacting the foil underlayment.
In the past, this test has been criticized for its lack of accuracy due to the blade becoming dull when testing certain materials. EN388 acknowledges this issue on two fronts.
First, the sharpness of the blade is measured against a control material before and after the test. Doing this allows the technician to calculate the amount the blade has been dulled during the test. If the blade dulling passes a specified threshold, EN388 added another requirement.
Fabrics that dull the coup test blades beyond the acceptable threshold will need to be tested by a second standard. ISO 13997 test standard uses the same machines as the ANSI test (TDM-100). Instead of grams, this test measures newtons; other than that, the test methods are very similar.
As mentioned, an abrasion resistance test is also conducted. This test is conducted with a machine that sands down sample swatches until the material is breached. The data is collected, and the glove is given a rating.
The tear resistance test involves a machine with two clamps. The machine rips a swatch of fabric in half and measures the forces exerted in newtons. The more force needed to tear the material, the higher the rating.
A puncture test is also conducted. A swatch of fabric is stretched and clamped between two disks with a hole in the middle. A machine then plunges a sharp probe through the hole and into the swatch while measuring the force in newtons. Additional force is applied until the nail punctures the fabric.
Lastly, an impact resistance test is conducted. This is the only test that operated on a pass-fail rating. Either the glove is or is not impact resistant. This test is only intended for gloves that claim to have impact resistance. Gloves that don't make that claim will not be tested. This test uses a machine that simulated a 2.5 kg weight falling on a glove. Impact resistance should be able to displace the energy caused by the fall and record a reading under 7kN.

Reading the glove labels on ANSI 105 gloves and EN388 gloves are two very different experiences.
On the back of the ANSI gloves, you should see a cut-level ANSI badge then the rating (A1 -A9). If the glove has any additional ratings, like puncture or impact, you will see additional badges for those ratings.
On the back of EN388 cut-resistant gloves, you will find a badge with the symbol of a mallet. Above the badge is EN388, and below it is a series of numbers and letters, up to 6 for the six different testing methods.
An example is 4543DP.
The first number is abrasion resistance. This glove is level 4, which is the highest abrasion resistance rating.
The second number is the cut resistance rating. This glove is a level 5, again the highest cut rating. It took over 20 passes to cut through the glove with the circular blade, so the glove material also has to be tested via ISO 13997 with the flat blade.
The third number is the tear resistance rating. Level 4 is the highest tear resistance level as well.
The fourth number is for puncture resistance. Level 3 is the second-highest puncture resistance level.
The fourth number is for puncture resistance. Level 3 is the second-highest puncture resistance level.
If a glove does not require this additional test, the extra digit will be omitted from the badge. Most gloves that achieve a level 3 or higher on the coup test are recommended for this additional test. This glove is rated as a D, a mid-level cut resistance.
The final digit is for impact protection. This rating will either say "P" if it passes or won't be included.

This may seem like a lot of confusing information, but you can trust that it is far easier to navigate now than it has ever been before. Picking the correct PPE requires a basic knowledge of what risks you will encounter. Finding the right cut-resistant gloves is easiest once you are armed with that information.
Feel free to view PowerPak’s line of Cut-Resistant Gloves, available online with fast delivery.
by Mandave Saini
0 comments
Comments
Leave your comment
Your email address will not be published